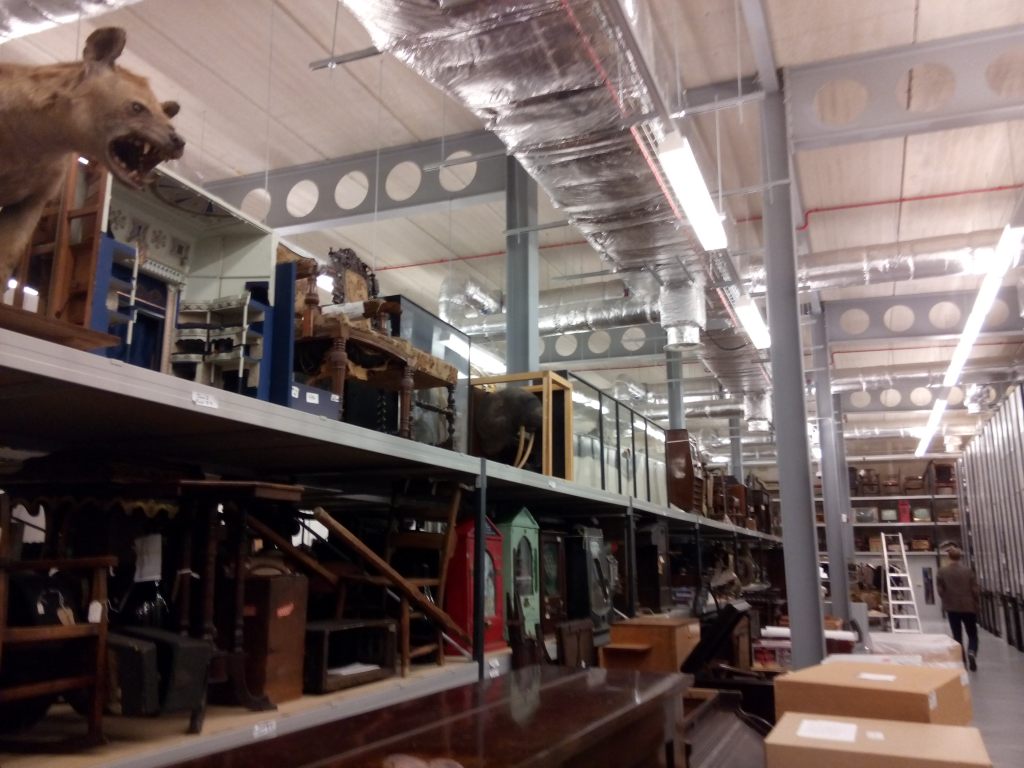 A couple of Fridays ago, 14 of my favourite people gathered down at the Leeds Museums Discovery Centre for a bit of a get-together. Besides being responsible for some pretty amazing projects of their own, they’d all been involved in some way in my first two years of independent service design and innovation consulting. I wanted them to help me celebrate and do some un-conference-style thinking about what might come next.

After a quick canter round the museum service’s stash of more than a million undisplayed objects, my group of customers, collaborators and confidantes shared the stuff they’d like to talk about – stuff like “the connected city”, “digital leadership”, “does Leeds have a value proposition (or do we need one?)”, “fun”, “curiosity”, “finding the right projects” and “what does open mean anyway?”

We left with more questions than answers, but they were good questions, we enjoyed lunch together, and we agreed to meet again.

When I wrote my Annual Report Number One I was just starting out with the Government Digital Service, scoping what became the alpha, then the beta, then the live version of the Service Manager Induction and Development Programme.

A year later I’m still privileged to be involved with GDS, with the small team that has sprung up around the service manager programme, and with the smart, committed civil servants who come on the programme from departments and agencies.

GDS people really mean it when they say “Trust. Users. Delivery.” They’ve achieved so much in such a short space of time, yet it feels as if the transformation of Britain’s digital public services has only just begun.

While working with service the size of a G8 nation, it’s also nice to do something at neighbourhood scale.

Last summer I was funded by a Technology Strategy Board innovation voucher to review how actionable open data, delivered in the right way at the right time, could help residents in sustainable homes save energy, water and money.

I’m now part of a small team developing the resulting insights as Actuate, a digital service for homeowners and tenants to control and monitor their homes. We’re building the internet of things one neighbourhood at a time, and delighting in the way situated software delivers for users by the dozens not the millions.

Actuated Futures, the partnership behind this project, is also setting up the ODI-Node for Leeds, which promises to be a fantastic resource for open data-related projects in our city region.

As co-organisers of Service Design Leeds, Kathryn Grace and I had all but decided we wouldn’t have time to put on a fourth Leeds Service Jam this year. But with new volunteers on board we relented and were delighted to be able to link up with Rewired State’s National Hack the Government event that happened over the same weekend.

Inspired by this, we’ve put our hands up to make Leeds part of Global GovJam in June. Say hello to @LeedsGovJam if you’d like to be part of it.

In other news, I joined a panel of “game changers” for a top brand and innovation firm, got Leeds Met students designing services disguised as robots, ran a walkshop, and indulged my love of Leeds’ industrial heritage in a lightning talk on the Importance of Failure. Please keep asking me to do those kind of things. I’ll always say yes if I can.

So I find myself at the end of a two-year plan.

My gamble when I left Orange was that if it took me a few months to bring in the first consulting work I could make it back to cash positive by the end of the second year. I modelled the best and worst that could happen, plus something in the middle. (The three scenarios are named after coffee cup sizes; testing mobile contactless payments involved buying a lot of Americanos.) The blue line is what happened.

The variability is a function of the fluctuating consultancy income, overlaid with the uneven way we’ve drawn down money  to live on as a family – smooth it out and the gradient pretty much follows my “medio” estimate.

But the bottom line after my two-year experiment is that this is sustainable and there’s no going back. From here on it’s about fine-tuning the financials, teaming up with associates to work on bigger projects, and staying valuable to my clients.

Thanks to the many people who have made this possible.

One of my ambitions for the next 12 months is to spend less time on the train. Back of an envelope, I lived a full nine days of the last 365 on the East Coast Mainline.

I love working in London (and thanks to my mother-in-law for putting me up there on numerous overnight stays) but as a place to build a service design practice Leeds has never felt more alive with possibilities. Six out of seven workers here are in the service industries: they care for the sick and elderly, raise and teach the next generation, perform in the arts, clean the streets, drive the buses, staff the checkouts, and help customers online and over the phone.

I sense a real will among the people in charge of those services to be more agile and user-driven, and to do so at a human scale. I believe our fellow citizens should participate in, and benefit from, a stream of radical service improvements and innovations; and I want Leeds to earn a unique reputation as city of ever-changing, people-centred, service know-how.

Want to be part of year three? I’m at http://mattedgar.com