On the evening of Sunday 28 December 1879, a newly built bridge over the River Tay collapsed as a train passed over it in a storm. All 70 passengers perished. William Topaz McGonagall commemorated the disaster in possibly the most comical poem ever earnestly composed. And ironwork recovered from the river estuary was sent for testing on an extraordinary machine made in Leeds.

Meet its creator, David Kirkaldy. In the 1861 Census we find him in Glasgow where he gave his occupation as “mechanical engineer and artist.” Are there any artists in the house? Any engineers? Anyone who is both an engineer and an artist? 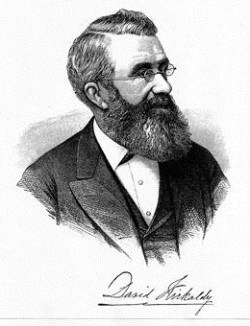 For 18 years Kirkaldy rose through the ranks of Napier’s engineering works, where his specialism was testing. He tested the stuff used in ships and high-pressure boilers, big bits of metal. You would not wish to be near them when they failed. He learned a lot about these materials,and how they stood up under massive stresses and strains.

Finally he left his job to construct a patented machine of his own design – the Universal Testing Machine. 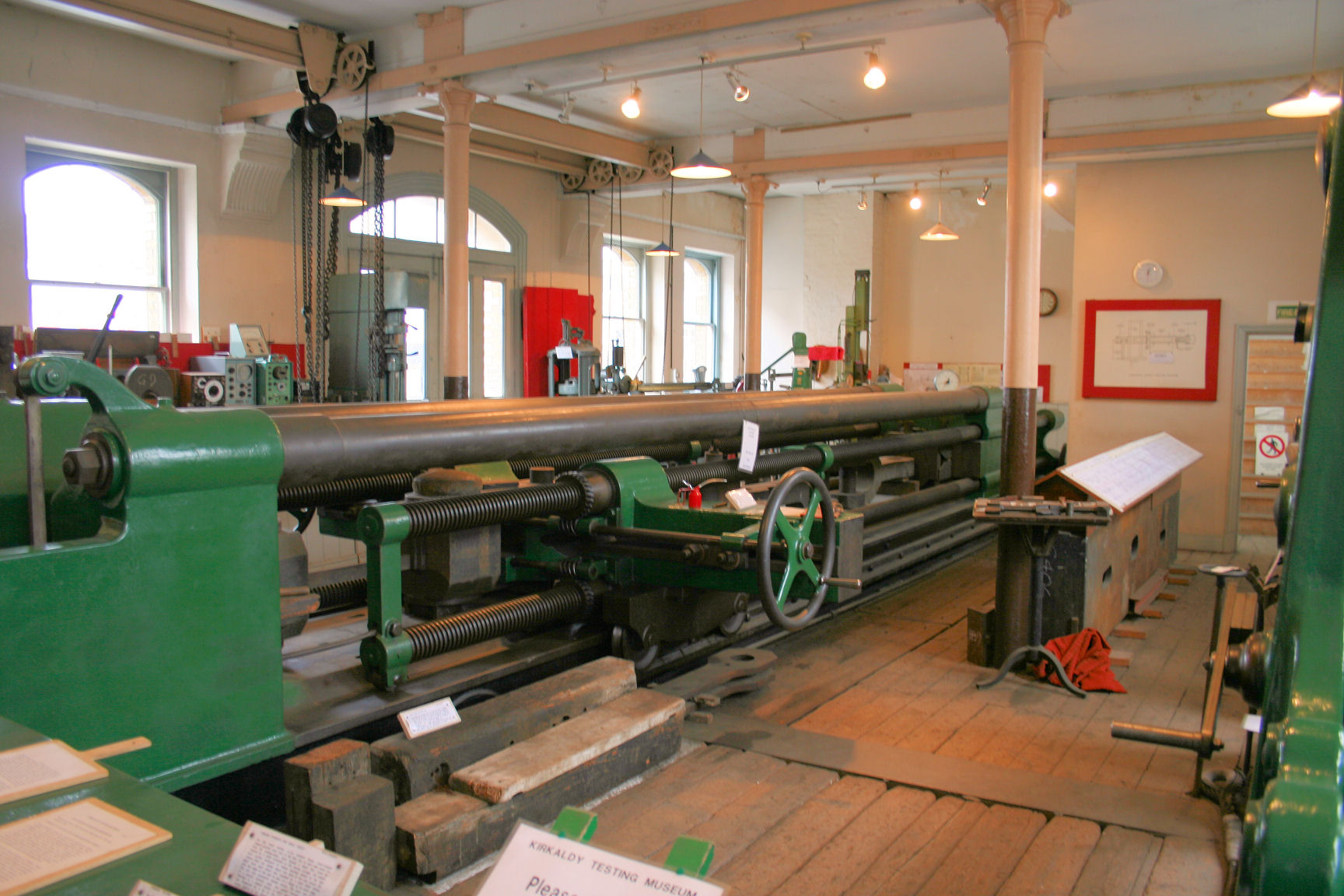 The machine is massive – 14.5 metres long, 116 tons, capable of testing columns and girders from buildings and bridges. It can pull, thrust, bend, twist, shear, punch and bulge iron beams to breaking point. And critically, it records just how much hydraulic pressure each takes before the point of failure.

David Kirkaldy signed a deal with Greenwood and Batley of Leeds, to make the machine at their Albion Foundry in Armley. He was not an easy customer. He spent 272 days here to supervise every stage of the construction personally.

Progress was slow and Kirkakdy lost patience. He was paying for time and materials out of his own pocket. Eventually he had the unfinished machine sent by rail to London, where it was installed on reinforced foundations a block in from the south bank of the Thames on Southwark Street.

The machine was the centrepiece of the world’s first independent commercial testing service. It tested materials for the new Blackfriars Bridge, for steamships from Germany, and for guns from Belgium.

After the Tay Bridge disaster,  David Kirkaldy tested iron rods and columns to pinpoint where they had failed so that no engineer need make the same mistake again.

Above the door of his Testing and Experimenting Works, he had his motto carved in stone: Facts Not Opinions. Any data geeks here tonight? 99 Southwark Street should be a site of pilgrimage for you. He displayed the broken materials on the upper levels of the building, in what became known as the Museum of Fractures. By the 1920s the collection was so heavy that it threatened to fall through the floors and was gradually sold off for scrap.

The machine and the business passed to his son, his son’s widow and eventually his grandson. Three generations and two world wars. Come the 1950s they were testing wreckage from a crashed Comet jet airliner and parts for the Festival of Britain Skylon.

And how’s this for showing the courage of your convictions? In 99 years, the Kirkaldys never incorporated as a limited company. As sole proprietors, they retained unlimited, personal liability if they, or their workers, were ever found to be negligent.

They finally sold to a larger testing company, and the works closed for business in 1974. But the story of the machine made in Leeds goes on. It became the first machine ever to be listed as integral part of the building in which it stood.

Now volunteers run the works as the Kirkaldy Testing Museum. One Sunday a month they will bend, stretch and snap stuff for your entertainment and edification. This coming weekend is one of those Sundays. You should go.

It’s a beautiful, atmospheric museum still dominated by the spirit of David Kirkaldy and the smell of Victorian engineering. I urge you to visit soon because commercial pressures mean that the museum’s future is uncertain.

I really hope it survives because there is no better place to learn the importance of failure than the Kirkaldy Testing Museum.

Andrew Thompson made this lovely video of artist James Capper’s work in progress (i.e. breaking) at the museum. Thanks for permission to show clips of the video during my talk. You can watch the director’s cut here: