2015 promises change in the way that Leeds, Yorkshire and England’s north are governed. Not before time, decision-making and funding are to be brought closer to us, to the cities and localities where we live, learn, play and work. This new settlement will arrive at a time when cities and governments everywhere are challenged to design and deliver service differently. It also comes just as, in Marc Andreessen’s words, software is eating the world.

Over my Christmas break I’ve been thinking about the malleability and abundance of software; what this looks like at the scale of a 200-year-old post-industrial city; and how it should shape the ways we decide and deliver things together. This is the first half of a 2-part ramble. Part 2 (still an outline in my drafts folder) will probably look at the structuring principles of the internet and the web, and how we might apply them at city scale. But before I can get to that story, I want to tell you this one: three things a city in charge of its destiny ought to know about software… 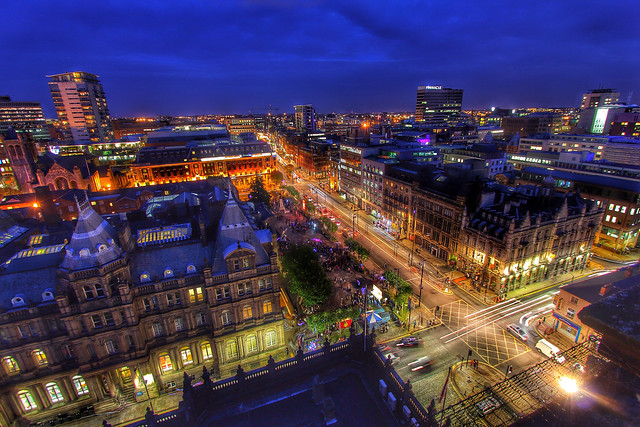 The first thing to know about software is… it’s soft: the opposite of hardware, malleable, endlessly changeful. When we shift the dominant logic of a thing from the hard layers to the soft we open it up to unpredictable new uses and reuses. We move from a world where things must be finished before use to a swirl of beta versions, A/B tests and updates on the fly.

Massive though these software-driven behemoths may seem, they exist only as long as people choose to interact with them: the moment they stop moving, they begin to wither away. Remember Friends Reunited? Microsoft Encarta? The Yahoo Directory? Software facilitates the delivery of service in the moment, with value created at the point of use. It does not produce assets that can be hoarded in a warehouse or on a balance sheet.

This service-dominant logic of software poses a special challenge to the traditional imaginings of the world’s first industrial cities, synonymous as they are with unprecedented accumulation of hard, fixed capital. Here, the newly rich industrialists staked their claims on history’s grand sweep with facades designed to endure for centuries. Victorian navvies raised 18 million red bricks high above the River Aire so that 21st Century trains could rumble right into Leeds city centre. Little wonder that when today’s businesspeople and politicians want to symbolise a northern revival they reach first for the nostalgia of industrial museums and commitments to big infrastructure projects. This is, however, a misdirection that we need to avoid. 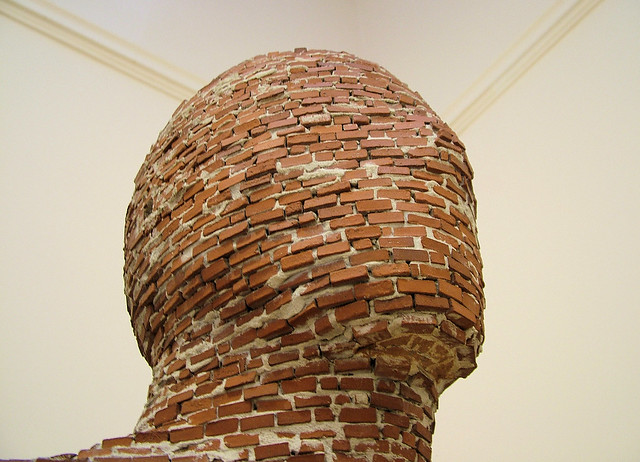 I’m a sucker for steam engines, but there are other stories that we should surface if we are to make sense of the era of software. The history of city after city is that people settled first, and shaped the infrastructure around them afterwards. And while they were waiting for the mod cons to arrive, they had to figure out how to get along together, how to raise the next generation, how to look after the old, sick and poor. To organise service for so many people demanded new forms of social software. The first mutual societies, trade unions, public health boards, and even modern local government arose first in cities like Leeds. Keep hold of those stories. Seek out more of them.

Surrounded by very concrete ruins, we overlook the intangible skills and habits of service that remain intact here. Let no one tell us that service is a new concept for the formerly industrial cities – it’s what we were doing all along. Renewing our cities in the 21st century should be more about these things – the soft, changeful ones – than about hard, physical infrastructure projects.

The second thing about software is abundance. It is infinitely copiable, an embodiment of human knowledge. The more it is shared, the greater its utility. Every day, more is added to the store of freely available code. When the team behind GOV.UK released their code on Github they enabled the people of New Zealand to re-use it for their government website, at no cost to British taxpayers. Indeed we Brits may even benefit further, if the New Zealanders improve on our code and share it back with the world.

Not only is software plentiful, but so, increasingly, are the skills needed to create and use it. In Leeds alone there are thousands of people working in-house with organisations and across digital agencies and service providers. Our universities and colleges train hundreds of students in software disciplines. Moreover, in almost every office there are people without this formal training who can wrangle a spreadsheet or paste in some HTML formatting. There are people who go home from day jobs which have nothing to do with software and spend their evenings running websites for their football clubs or churches.

This is how platforms are made in the age of software, not by fiat of a central authority but emergently with layer built upon layer in response to the needs of users and the growing capabilities of makers. As platforms build they can raise everyone up to levels of attainment previously only available to a privileged few. They don’t so much lower the barriers to entry as help us to scramble over them – by wrapping up what used to be hard in easy-to-use packages.

Software in all its abundance can and should be made accessible to all in our city, without mystery – but this is not something that happens by default. There are players in the software world who don’t want you to know about abundance. They seek excess profits in the gaps where people haven’t yet cottoned on that something formerly hard and expensive has now been rendered easy and cheap. Before you know it, a major systems integrator is charging the government £30,000 to change a logo on a webpage.

At the height of the early noughties DotCom boom, I knew the game was almost up when I met a consultant whose business card proudly declared “Because It Really Is Rocket Science”. It wasn’t even then. It certainly isn’t now. As cities, we should demand platforms that raise the knowledge, confidence and capability of all our citizens, without leaving us in hock to snake oil salespeople.

“Yes, but will it scale?” is a common challenge when evaluating the commercial potential of a new service. I’ve come to believe this is the wrong question. Focusing too soon on scale leads us down the road of the lowest common denominator. In my private sector career I’ve seen multinational companies blow millions of euros and lose market share because of global “solutions” that were wholly inappropriate to the realities of business on the ground. I’ve seen the error compounded by bending good local services out of shape to spare the embarrassment of the people who specified the wrong things from the centre.

The so-called economies of scale claimed for big IT solutions turn out to be largely illusory. Their business cases begin with wrong-headed, goods-dominant accounting copied from the world of manufacturing, where buying stuff in bulk really can be cheaper. Wishful thinking by people remote from the frontline carries these projects forward unchallenged. But by the time complex shared services have been tailored to the needs of the people and teams who use them, they can actually increase costs substantially.

This is an important point to understand when thinking about efficiency at different levels of government. We should be suspicious of those who tell us that devolution will lead to duplication between cities. Given that software is cheap and abundant, duplication is the least of our worries. In fact, two neighbouring cities doing things in slightly different ways would present a wonderful way to learn what works in each context. We should resist pressure to merge IT services between neighbouring authorities – that would dilute quality as well as blur democratic accountability. 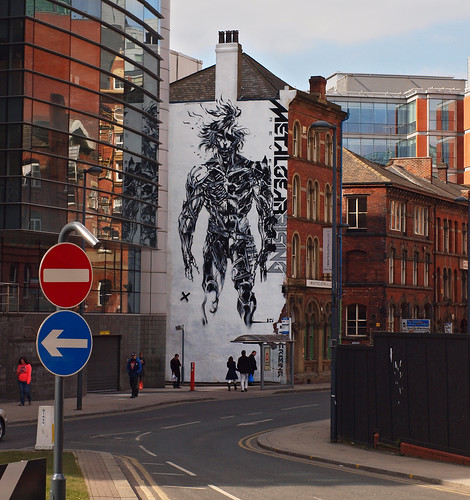 Instead of asking “will it scale”, ask a better question: “Does it gracefully handle massive diversity?” The old paper form to claim Carer’s Allowance handled the massive diversity of people’s caring needs and relationships, but it did so gracelessly – by asking many questions not relevant to all carers. By doing user research, and diving into the detail of the application process, the digital exemplar team were able to remove 170 questions from the application process and structure the service so that users are only asked things relevant to them.

This is not to say that scale doesn’t matter. Rather, understanding diversity is the better starting point. The diversity question accommodates scaling; the scaling question tramples all over diversity.

Our cities are havens of diversity (not that you’d know it from the white, male, middle-aged-dominated board of our local enterprise partnership). The only way to understand and serve diversity is to go and see the users, learn what really matters to them and start to meet their needs. The good news: with software eating the world, with its inherent malleability and abundance, there’s never been a better time to get out of the bubble and do just that.

Postscript – a couple of days after I published this, JP Rangaswami posted a beautiful piece on his blog. I can smell the printer’s ink too: Bureaucracy as a platform? The power of diversity