These past few years have been tough on Tetley’s disembodied headquarters. 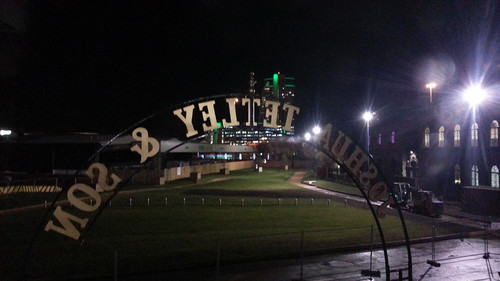 First came the loss of the purpose for which it was built in the depths of 1930s depression – a human-scale head office for a family firm. The directors’ boardroom was relegated to an outpost of the Carlsberg empire. Lutheran rectitude became the order of the day in the by-all-accounts once riotous in-house bar.

In time the booze stopped flowing altogether. They closed the brewery and levelled the surrounding buildings, which had cosseted the headquarters from the elements and perfumed it with their distinctive whiff. Whether you loved or loathed it, South Leeds will never smell the same again.

Standing alone, lacking a flashy boom-time facade, the headquarters building was denied heritage status by English Heritage on myopic grounds, apparently based only on photographs:

Wider industrial context, regional factors and an integrated site: these are linked and can be dealt with together. While the brewing industry was of importance in Yorkshire, and Tetley’s a major brewer, the region was not pre-eminent nationally. More significantly, the headquarters building is a small part of a much larger complex, and one that has already been judged not to be of special interest in a national context and not recommended for designation. In terms of industrial process, those parts of the site that were involved in the physical brewing would potentially have been of greater interest than the offices.

Architectural interest: the building is, as the applicants suggest, solid 1930s. The same architects were responsible for some of the buildings on the north side of Eastgate in Leeds, and there are similarities in both materials and style. The Eastgate buildings were based on designs earlier drawn up by Sir Reginald Blomfield and were already rather old-fashioned by the time they were executed. The surviving original internal features are attractive but not unusual, with the possible exception of the lift which has good contemporary styling including sun-burst motif decoration.”

Thus did the protectors of our heritage abandon a Leeds landmark, distinctive rooftop lettering and all. They left its fate to the whim of the self-same cold-blooded multi-national executives who had just ended 189 years of mass-scale brewing in our city. They might as well have ground every last brick to dust for a few more £3 a day parking bays.

But then it turned out those Danes had a soft side. They had been here before, as it were, with Carlsberg’s own factory turned cultural quarter on the edge of Copenhagen. Tetley’s headquarters had the fortune to fall into the hands of the persuasive, entrepreneurial artists who created and ran Project Space Leeds. Doubly lucky, this happened just as the impetus ran out on pointless, statement regeneration, new-build modernism. The artists could see things the bean counters and bureaucrats had missed.

That this building still stands, with much of its relatively understated interior intact, is testament to the place’s quiet strength of character, born of a solid sense of purpose and multi-generational commitment to the business. Despite all the indignities, it demanded a future as well as a past. That future begins today as The Tetley.

The Tetley. #thetetley. Roll that around for a bit and savour the de rigeur hashtag. For the first time in its four score years this place bears the mark of a lone survivor: its own definite article.

PSL and their architects have taken advantage of the site’s unlisted status to insert a massive new wall down the middle of the building. But they have also done the hard and unglamorous work required to open up the internal stairwell and the lift that even English Heritage had to grudgingly admit showed some merit. They have cleaned the place up, but not too much. 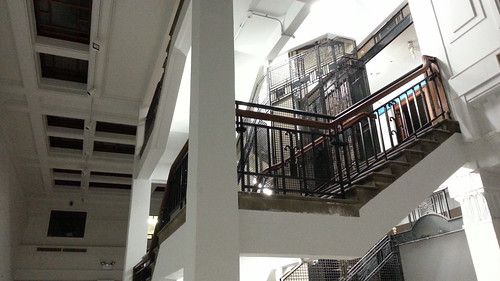 At a bloggers’ preview last week I was heartened to hear director Pippa Hale talk about the way artists would be encouraged to engage with all the building’s rich heritage. The Joshua Tetley Association of former staff have been consulted and involved. Items left behind by the departing workforce will be incorporated into works of art. Among the most striking of these, giant letters from a lost rooftop lie scattered across a panelled former office. 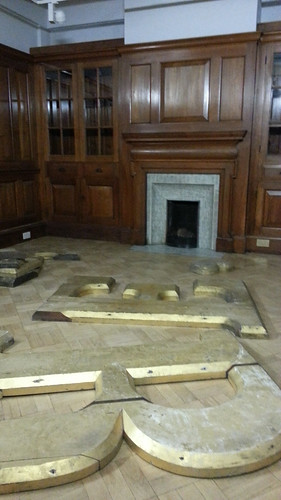 There will be interventions outside The Tetley too. Mass industrialisation rendered the edges of many English cities impermeable. Gigantic works and goods yards cut off ancient rights of way. They enclosed the pre-industrial public realm and made new secret spaces that were only open to employees, and the occasional cheeky interloper. We post-industrials have a chance to reclaim that commons. The old Hunslet Lane – severed for years by Tetley’s security barriers – will re-open to pedestrians, with a little pocket of grass and promises of a bigger South Leeds park to come.

All of which will soon go to show just how wrong-headed it has been to evaluate industrial heritage like The Tetley in terms of machinery, manufacturing and stylistic merit. Like the chain of pubs administered from its offices, The Tetley was always a social place. I can’t wait to see those social qualities revived by the PSL crew and the artists they commission to work there.