Over the past month I’ve been fortunate to work with some very capable senior leaders in organisations facing the amorphous challenge of “digital transformation”. At first I struggled to nail this jelly to the wall. I had to account for why, if the change is driven by computers and the internet, the solutions so often involve people and Post It notes. The story below has emerged through the telling as I’ve attempted to herd those human and non-human actors together…

1. The water in which we all swim Walk down any street in the land and see how quickly you can spot the following:

A decade ago these thing hardly existed. Now they are so unremarkable that we hardly notice their ubiquity.

“Wired is NOT a magazine about computers or the internet — which is now the water in which we all swim.” — Wired magazine contributor guidelines

With this ubiquity come new user needs and increased expectations: to be able to do everyday things digitally with ease – always on, in the context I choose, wherever I happen to be at the time. The “Martini proposition” has come to pass more completely than the cheesy futurists of the mid-Noughties ever imagined.

How quickly has our wonder at being able to get online without wires given way to indignation that there are still places where this is not possible! Once wifi hotspots were a “value added service”. Today “notspots” are a public policy issue.

But there’s more: a whole new way of relating to the world.

To older generations the new blitheness may seem misplaced, gauche, disrespectful even. The history graduate in me prefers a longer view. These changes mark a natural reversion to human norms, a long overdue riposte to the machine-age tyrannies of clocking in and clerical work and one-size-fits-all mass media.

Old or new, this culture shapes our expectations of all organisations, whether they be businesses, charities, governments, political parties, whatever. As users, we expect digital service to respond with productive informality – spontaneous, personal, collaborating as our equal – just like our real Facebook friends do.

Where am I going with all this? Believe me, it has big implications for organisations’ IT strategies.

2. Sharks Must Swim Constantly or They Die!

With this rising tide of expectations and changing social norms, people demand that organisations of all kinds be always-on and spontaneous, personal and collaborative. In service design and delivery we need to put users at the centre – often diverse, complex, contradictory users. No two days will be the same because the mix of users and their specific needs is constantly changing.

I’m no accelerationist. The direction of social change matters more to me than the perceived advance of technology. But we’ll never be responsive enough if every change has to be made manually or mediated by the cumbersome apparatus of 20th century programme offices and project management.

It is said that if a great white shark stops swimming it’ll die from lack of oxygen. Big organisations that can’t respond at their customers’ pace deserve to meet an analogous fate.

So it’s just as well that the pesky computers and networks that caused this headache in the first place can also help us to cure it.

Together these technology patterns form a powerful, automated and efficient platform for more responsive business. By standing on this platform, we’ll be better placed to meet our customers’ demands in the moment, and to shift with them when they change.

So what’s stopping us? Maybe it’s our tools.

“We become what we behold. We shape our tools and then our tools shape us” — John Culkin on Marshall McLuhan

In other news, Microsoft Office turned 25 years old last August. Let that sink in for a bit. Big, serious organisations have spent the past quarter century re-creating themselves in the image of PowerPoint, Excel, Project and Outlook. Tragically these tools were forged for a culture that no longer exists – a business world that reached its apogee just a few minutes before the birth of the World Wide Web. No wonder so many workplaces now feel like Life on Mars.

Sitting in an office that's so hideoulsy dated, I'm expecting Gene Hunt to storm in at any moment.

That’s where the sticky notes come in.

Haters gonna hate, but those “jean-wearing Post It note wranglers” have it right. They feel the urgency to harness change for their customers’ advantage. They understand that change means lots of small pieces loosely joined, scribbled, sorted, peeled off and repositioned every minute of the working day.

There’s more to it of course:

Those things all help too, but by now they should really be hygiene factors. “Technology at least as good as people have at home” was the target when the Cabinet Office chose new kit for thousands of civil servants.

Often we find that sticky notes, whiteboard walls and Sharpie markers are the perfectly adapted tools for this way of working.

They are also an essential common currency within multidisciplinary teams. Business people may struggle to understand a technology architecture diagram; developers’ eyes may glaze over at a P&L statement. But they can all gather round and have a face-to-face conversation about a simple thought captured in felt tip pen on an index card. 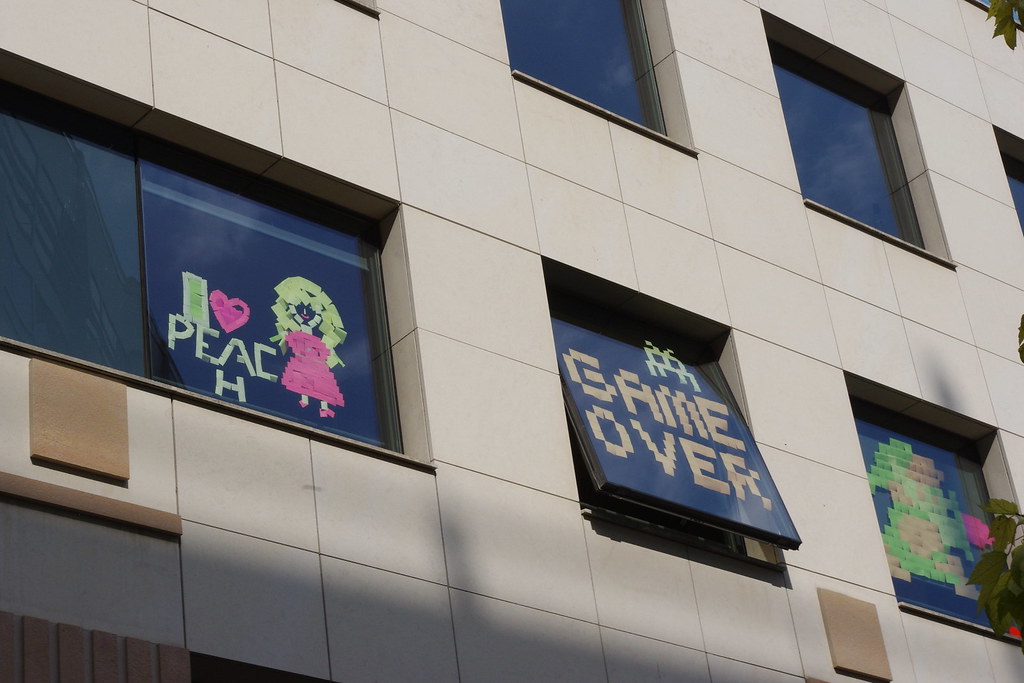 4. Dress For the Job You Want

And so we come full circle: it turns out that the productive informality we increasingly expect of service providers is also a killer attitude for getting things done in teams.

Team #NHSalpha general orders. Should be a staple of every team. :-) pic.twitter.com/aXyhwA1PpC

The new culture is a work in progress, and it is far from perfect. The original Agile Manifesto authors were notoriously male and white. We need many more balanced teams in which diverse voices are welcome.

This matters because members of high-performing teams bring more of themselves to their work. Suits must mix with t-shirts, uniforms of all kinds considered harmful.

Because workers are users too. And if the way we live our lives is changing, then so must the way we do our work. We can’t truly deliver one without the other.

This is the water in which we all swim.

If our organisations are to succeed, we can’t pick just one or two of them. Like Pokémon, we’ve gotta catch ‘em all.

7 thoughts on “Gotta catch ‘em all, or, a story about digital transformation in four movements”