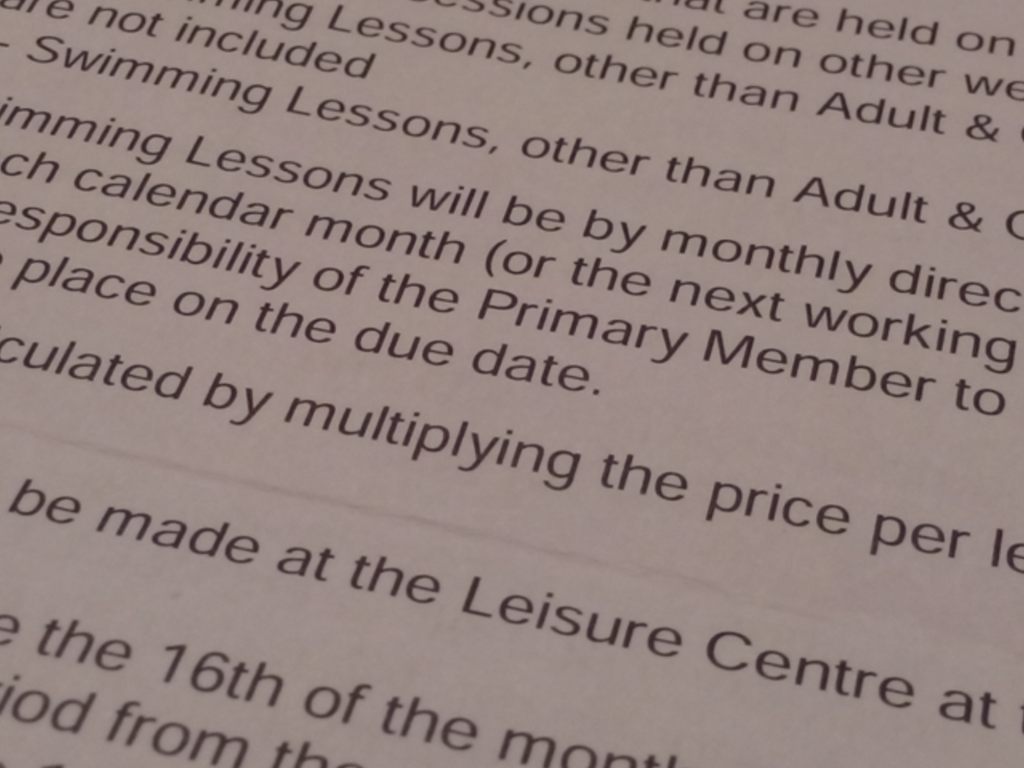 My local council wants me to set up a direct debit to pay for my children’s weekly swimming lessons.

When I arrive at the leisure centre one Saturday morning, I’m handed a paper form asking for bank details, plus the names and details of my children.

Paying by direct debit sounds like a good idea to me, and I’m happy to sort it out there and then. So I start to fill out the form.

But there’s a problem: I have 3 children, and the form only has spaces to list 2 of them. I go back to the reception desk and ask what to do.

This is failure demand, a concept defined by systems thinker John Seddon as ‘demand caused by a failure to do something or do something right for the customer’.

The leisure centre worker hands me a second copy of the same form and asks me to write the youngest child’s details on it. I do this and hand both forms back to reception.

Several weeks later I receive 2 identical letters, in separate envelopes, reminding me that the council is moving to direct debit and advising me that I need to fill in a form.

It’s not clear if this letter is a standard one being sent to all parents, or a specific chase-up for forms they haven’t got.

The next time I’m in the leisure centre I ask about the letters.

This is failure demand, so endemic in big organisations that we give it hardly a moment’s thought.

The worker at reception says I can ignore the letters. If I’ve handed in the forms they will be in “the system” – a nebulous and unseen edifice in which she and I must both place our trust.

I receive a third letter (this one addressed directly to my youngest child, who is 8) advising us that he will lose his place at swimming unless they receive a direct debit mandate.

Now he’s concerned that he won’t be able to go swimming any more. He likes swimming.

I’m also worried that the council may have lost a bit of paper containing the full names and details of my 3 children, along with my bank sort code and account number.

I email the leisure centre.

This is failure demand, and as citizens, consumers and workers, we shouldn’t put up with it any longer.

The leisure centre manager replies swiftly and comprehensively to my email, copying in several colleagues.

My youngest child is added to the direct debit details on the council system. The threat of being thrown off the learn to swim programme is lifted.

Does this story read like a first world problem? It should do. In the USA, 3 out of every 4 jobs are now in the service industries. It’s nearly 4 out of 5 in the UK. With manufacturing outsourced to China and the developing world, the nations of the Global North have just one job – and we’re doing it terribly.

It’s time to turn our moaning about specific incidents into a movement to deal with the general causes of failure demand.

Delivering service is hard. It takes an orchestra of diverse talents to play the right notes at exactly the right moments – and to improvise each performance around widely varying users and contexts.

Service design has tools and techniques to make this process easier and better, if only more people knew to use them.

3 thoughts on “Sink or swim: a short story about failure demand and first world problems”