“Textual criticism (or lower criticism) is a branch of literary criticism that is concerned with the identification and removal of transcription errors in the texts of manuscripts. Ancient scribes made errors or alterations when copying manuscripts by hand. Given a manuscript copy, several or many copies, but not the original document, the textual critic seeks to reconstruct the original text (the archetype or autograph) as closely as possible.” – Wikipedia

Since 1986 I’ve harboured a tinge of geeky envy that my younger brother’s class got to contribute to the BBC’s Domesday Discs while mine did not. To work on this portentously-named project felt like a privilege. There was a genuine sense that these strange silver talismans would still yield up their secrets nine hundred years hence, just like William the Conqueror’s original sheep-skin Street View. As it happened, the laserdisc technology became obsolete within less than a decade, leaving the data stranded in a pre-world wide web limbo.

But the Domesday Discs taught me a bigger lesson, one I hope to have carried with me into my later studies and career: that getting stuff right is really hard.

We discovered the first time we fired up the BBC Master microcomputer and spun the over-sized platter: someone had spelled my brother’s name wrong. So there he is immortalised in bits and bytes, survey team member for D-block GB-588000-207000, covering the village of Goldhanger, Essex… 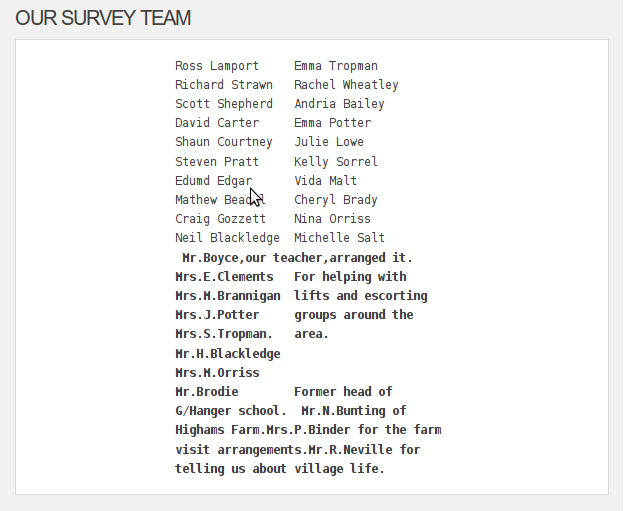 The Domesday Discs were my first encounter with scribal error. Thanks to the BBC of 1986 I know you can’t believe everything you read, even if it’s engraved on a silver disc. And so does my brother Edumd.