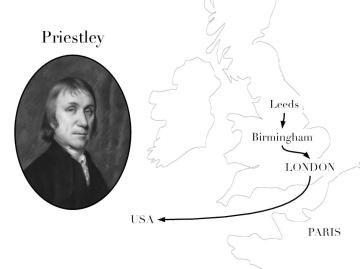 The first of my heroes is Joseph Priestley, the Leeds scientist and radical philosopher. In 1791, an angry mob torched his house and lab in Birmingham. He fled to Hackney but by 1794 had decided to leave Britain for good. In April that year he set sail for America.